The Trains Now Departed: Sixteen Excursions into the Lost Delights of Britain’s Railways Sixteen Excursions into the Lost Delights of Britain’s Railways

What is it about the romance of the railways that appeals so powerfully to the soul of the British? Why is a fondness for the lore of rail travel so deeply ingrained in our national consciousness, even among people who never travel on trains? Michael Williams invites the reader into a vanished world where the engines gleamed, the trains ran on time and our railways oozed with character – even if sometimes only in the popular imagination He brings the story to life with an odyssey around present-day Britain to revisit 16 key icons of railway history that have vanished – not just the grand expresses, with their mighty engines and Pullman cars, but tiny branches and curious and eccentric rail byways that were once as much part of the British fabric as the slick modern trains of today. But maybe the magic hasn’t gone for ever…

Here are sixteen excursions into a transport of delights:

Reviews of  The Trains Now Departed

‘In elegant prose Michael Williams takes us chuffing on nostalgic journeys along rail tracks long since overgrown to cathedrals of steam long since demolished; reminding us of the elegance and decorum – and smuts and smells – that we have lost’ – Michael Portillo

‘Williams celebrates the best of what is gone from our railways in 16 vivid highly-readable chapters’ – Andrew Martin, The Spectator

‘Revel in what we’ve lost and wonder how on earth we ever had it. It’s a perfect book for a leisurely, long rail journey. If the scenery leaves you uninspired, then read a chapter, refresh your mind, and gaze once more from your window’ – Rail magazine

‘Chock full with enjoyment – will capture and transport’ – Bookbag

‘It’s an excellent read, and amongst the most enjoyable and entertaining railway books of the year’ – Andrew Roden, Steam World ‘Book of the Month’

‘Even if you are not particularly interested in railways, you will find much to enjoy in this book. Williams writes well and engages you in his passion’ – Shropshire Star

‘From charming rural branch lines to the glamourous Night Ferry, the accounts in Williams’ new book are sure to give a nostalgic thrill to anyone with the least longing for the lost age of steam. Anecdotes detail eccentric lines where crews would stop services to pick mushrooms, then fry them on the firebox; luxurious carriages are lovingly detailed, producing a pang in anyone familiar with drab modern services’ – Aberdeen Press & Journal

‘Williams explores old routes and services with an historian’s eye for detail and a novelist’s sense of pace. Who can now imagine having kippers on a commuter train or know that the ‘Slow and Dirty’ was the nickname for the old Somerset and Dorset line? Well written, with a wealth of detail for the railway buff’ – The Tablet magazine

Gallery from The Trains Now Departed: 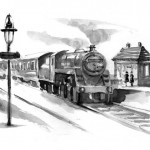 1: The Holy Grail of lost railways

The ‘Slow and Dirty’ it may have been for some, but the old Somerset & Dorset remains, for its many apostles today, the most romantic and alluring of all the vanished lines of Britain. Did its origins in Glastonbury help weave the spell? 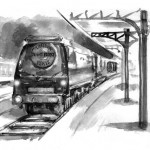 2: Final ticket for the Boat Train

The exotic life and death of the ‘Night Ferry’ from Victoria to the Continent, haunt of spies, diplomats, starlets and sultans. Even in today’s Eurostar era, its memory stands proud as Britian’s only truly international train. 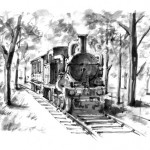 3: Kippers and champagne on the Tube

A saunter through Metro-land to the London Underground’s farthest outpost. It’s buried under weeds today, but once the Pullman trains ran from here, serving the most splendid of breakfasts to commuters up to Baker Street. 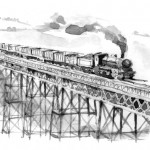 4: The railway that touched the sky

Beeching butchered the bleak Stainmore line over the Pennines – in its day the highest in England. But the old viaducts still stand tall, and the tales of the tough men who worked it live on as the stuff of legand. 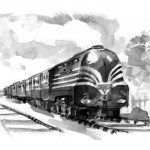 5: The glamour that ran out of steam

The ‘Flying Scotsman’, the ‘Cornish Riviera’, the ‘Coronation Sc’ot – such speed, such luxury! In days gone by, almost every main line had its named expresses. Now these glamorous trains are a fast-receding memory in the corporate world of today’s franchised railway. 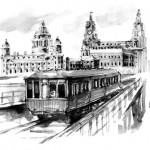 6: The train that got ahead of its time

Scousers knew it as ‘The Dockers’ Umbrella’. But in its heyday, the Liverpool Overhead Railway was a state-of-the art urban transit. Now it is just a memory on Merseyside. But its vision is emulated round the world. 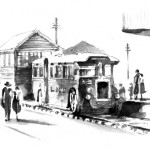 7: On the Slow, Mouldy and Jolting – the railway that time forgot

The charms of the old Stratford-upon-Avon & Midland Junction Railway, meandering through the rural heart of England, were legendary. But don’t try to get anywhere in a hurry on this, one of the slowest trains in the land. 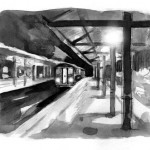 8: In the company of ghosts on Britain’s spookiest service

Could there be anything creepier than a journey aboard a deserted train that runs just once a day through forgotten Yorkshire? Yet this zombie of the tracks opens a door into the mists of early railway history. 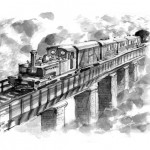 9: Goodbye to the Toy Train

Who could forget the delightful little Lynton & Barnstaple narrow gauge railway that once traversed Exmoor through the ‘Switzerland of England’? Certainly not the legions of enthusiasts who have never recovered from its closure more than 80 years ago. 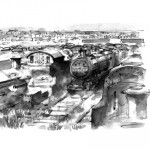 10: Engineering genius in the scrapyard

So many of the fiery marvels of the steam age were lost for ever, sent prematurely for scrap. Let us mourn them, including Sir Nigel Gresley’s ‘Cock o’ the North’, the ‘Patriot’, the mighty ‘Big Bertha’, and the steam engine that thought it was a diesel. 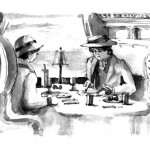 11: Last call for the dining car

Crisp tablecloths, silver service and six-course gourmet meals. The railway restaurant car was once the acme of civilised travel. Now in the world of the Virgin burger, it is all but vanished. But not quite… 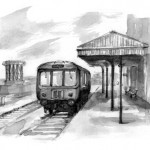 Thousands of miles of secondary railways once wended their way through the villages and hamlets of rural Britain. None was more typical than the ‘Withered Arm’, Betjeman’s favourite, running into the loveliest and loneliest reaches of Devon and Cornwall. 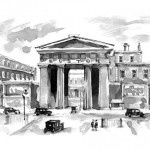 13: Final whistle for the grand stations

Victims of a barborous age, the mighty termini such as Birmingham’s Snow Hill, London’s Broad Street and Euston, with its heroic Doric arch, fell cruelly to the wreckers ball. There were others, too, less famous but no less glorious. A journey among the ruins…

14: A day return on the Heath Robinson special

The weird world of the Shropshire & Montgomeryshire Light Railway, Britain’s most eccentric line, run by railway history’s dottiest proprietor. Even Heath Robinson might have struggled to invent it… 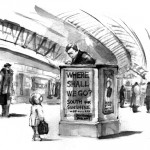 Pack your bags and load up those crates of ale for a ride on the railway excursion to the seaside. Today we’re heading for Blackpool’s Golden Mile. Tomorrow we could be making merry on the day trip to Scarborough, Morecambe, Bridlington or Bournemouth. Hurry, though. The tickets will soon be gone. 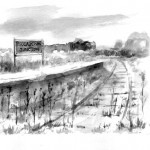 16: The line that came back from the dead

It was the most romantic and scenic line ever to be axed in Britain. The loss of Waverley route from England through the Scottish Borders was the bitterest of the Beeching closures. But now, miraculously, the old line is rising from the ashes amid glorious scenery…

You can buy the book online at Amazon.